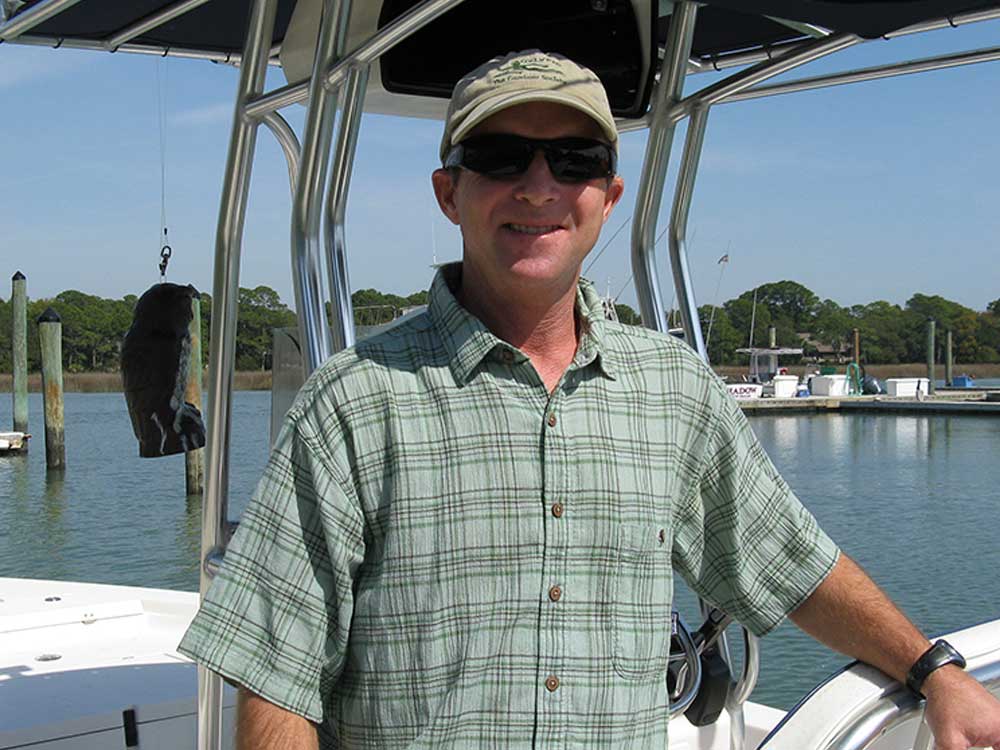 Captain Tom Doyle has been an Island resident since the mid 80's. He grew up in Oregon and then moved to Hawaii where his love of nature and water sports grew. After moving to Hilton Head, he began by creating a kids' sailing camp and he was the first captain on the island to conduct dolphin tours. On numerous occasions he has been asked to participate with the South Carolina Department of Natural Resources, including marine wildlife research and protection, and he is an active member of the South Carolina Marine Stranding Network. Tom has worked with film crews from the National Geographic, BBC and the Discovery Channel assisting as a boat guide to film South Carolina's unique dolphin behavior. Tom has spent over 37 years exploring and sharing his passion for the local waterways. In fact, more times than not, you can spot him with his two kids enjoying time onthe water!